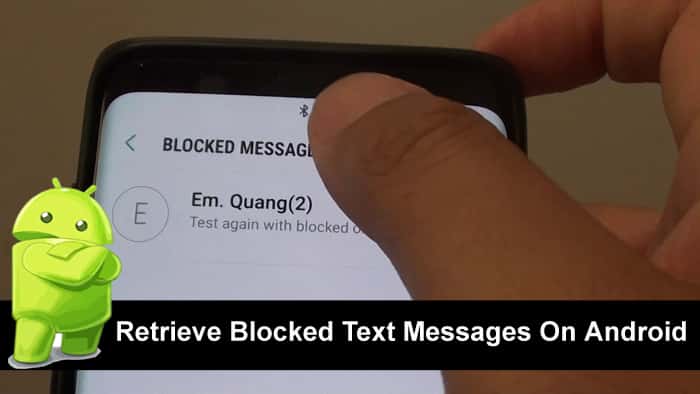 Is It Possible To Retrieve Blocked Text Messages From Android?

But on iPhone, you cannot read the blocked text messages once you block someone.

The steps to retrieve blocked text messages on Android phones may vary from phone to phone model.

So, you need to see which phone you have and then follow the steps to recover them.

You May Also Like: How To Fix “Free Msg: Unable To Send Message-Message Blocking is Active” On Android

How To Retrieve Blocked Text Messages On Android

As you know that every phone has different settings and due to this you will find some differences in the steps of recovering blocked text messages.

Step 1: On your Samsung phone open the Messaging app.

Step 3: From the dropdown list tap on Settings option.

Step 4: This will open the Message Settings. Now, tap on “Block numbers and messages” option. 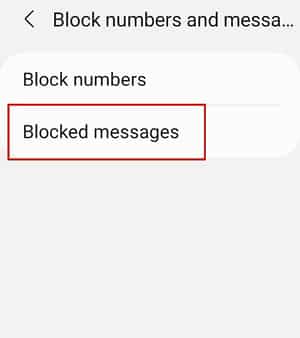 Step 6: After this, tap on “Edit” to select messages or message threads. 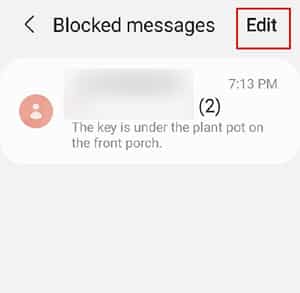 Step 7: When you have selected the messages that you wish to recover, tap on Restore button at the bottom of the page to retrieve the blocked text messages to your inbox.

Now, the blocked texts have been restored in your phone’s inbox.

You May Also Like: How To Restore SMS/Messages From Google Drive On Android

Step 1: On your Huawei phone, tap on the Messaging app to open it.

Step 4: Tap on the messages you wish to recover and get a pop-up menu.

Step 5: From that menu, choose “Restore To Messages” to move the selected text SMS to your phone’s inbox.

Now, you can easily view the selected messages in your inbox.

Step 1: Open the Messaging app on your phone.

Step 4: After this, you will get all the blocked and spam messages list. Select the contacts or phone number whose messages that you wish to view.

Step 5: Once you open that contact’s chat, you will see a notification telling that “why is this spam?“. Hit on “Not spam” option to report that it is not spam and switch it to your inbox. 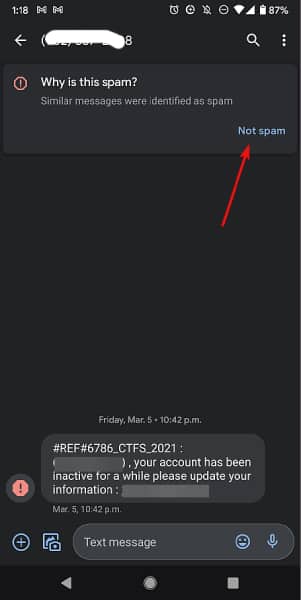 Step 6: After this, you will get a pop-up message telling you that the message (phone number) has been reported as not spam.

Now, you can go back to your inbox and you will find the restored text messages with the others. 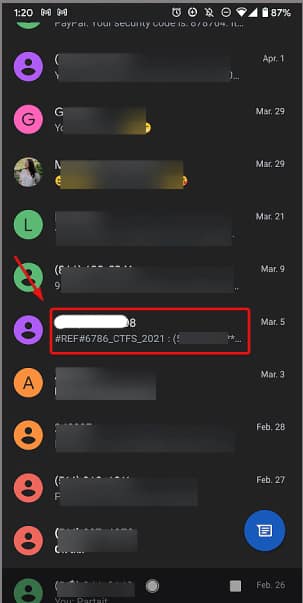 Question 1 – How Do I Block Text Messages Of Someone On Android?

Note: This will only work on Android phones running on Android 5.0 and above.

Step 1: On your Android device, open the Messaging app.

Step 2: Then tap on Menu option.

Step 3: Next, select Blacklist and turn it ON.

Step 4: After that, select “+” to add a phone number or contact that you wish to block.

Now, you will not get any text messages from that number. You can also block someone’s text messages by installing third-party software from Google Play Store.

Question 2 – How Will I Know My Text Messages Are Blocked By Someone?

Answer – There is only one way to know if someone has blocked your text messages is by sending text messages to that number continuously and when you do not get any reply to these messages then call that number. If the call directly goes to voicemail then it means that your number has been added to that person’s “auto reject” list.

Question 3 – What Happens When A Blocked Number Send Me Text Messages On Android?

Answer – When a blocked number sends you text messages then it will not send and they will never see the delivered note. On your phone, you will not get any message at all. But when she/he calls you then the blocked call goes directly to voicemail.

Question 4 – How Do I Unblock Someone’s Text Messages On Android?

Answer – You can easily unlock someone’s text SMS whenever you want.

Step 5: Now, tap and hold the number that you want to unlock.

Step 6: Tap Deleted and then OK.

Question 5 – It Is Possible To Send Text Messages To Someone I Blocked?

Question 6 – How Can I View Blocked Numbers On Android?

Answer – You can easily see the number that you have blocked.

Here are the steps.

Step 1: Open the Phone app on your Android device.

Step 3: After that, tap on Settings.

Question 5 – Can I Leave A Voicemail If I Am Blocked By Someone?

Answer – Yes, you can leave a voicemail if you are blocked by someone.

We block someone when we are upset with that person and don’t want to get any messages from them or due to many other reasons users block someone.

Jasper Madison is a passionate technical writer with more than 9 years of experience. She has a keen interest in Android and iOS and everything surrounding it. She is a technology enthusiast and fascinated with technology since her childhood days.